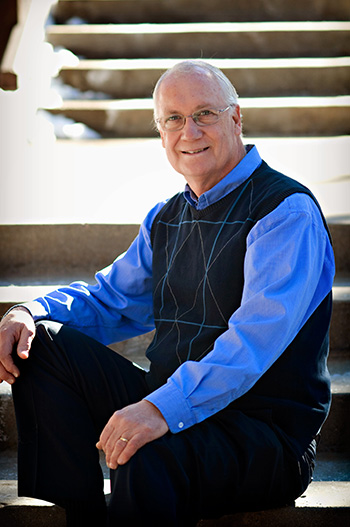 Service Area: Denver Metro with a specialty in land and mountain properties

“When my wife and I first met Jerry we knew we had found our match. We truly developed a great relationship during our search, offer and closing. He … more “

“Jerry is very knowledgeable and a great person to work with. He answered every question no matter how small and was always responsive to our every … more “

“Great experience, Jerry went above and beyond on all aspects of listing and selling the house. Had great ideas for open house and house had multiple … more “

Jerry was born in Brooklyn and grew up on Long Island, New York. He graduated from St. Leo University in Florida in 1969. After moving to Denver in 1970, he married his college sweetheart Martha. Their three sons – Jeremy, Zachary and Joshua – are now married with families of their own, making Jerry and Martha very happy grandparents of numerous grandchildren.

Jerry worked as a salesman for a music company for many years, then in research for Amax Mining Co. for 10 years. It was there that he began his technical career and found his affinity for computers. In the mid 80’s, he started his own business, partnering with a friend to form Resort Industries Communications and “Vacation Video,” an audio visual and video production company in Vail, Colorado. After 13 successful years, he and his partner sold the business, and Jerry worked from his home in the mountains as a freelance computer graphic artist (which he still enjoys doing in his spare time today).

Jerry and Martha built their home of 23 years in the mountain community of Gilpin County, where Jerry remains a dedicated parishioner and musician for St. Mary’s Church in Central City.

In 2001, Jerry earned his real estate license and began his partnership with Joe DiVito, a friend and REALTOR®. With his flair for technology and graphic arts, Jerry has found unique and quality ways of putting his real estate business into practice.

Moving to Arvada in 2003 puts Jerry just 5 minutes from the office, which gives him more time to dedicate to his sellers, buyers and referral network of agents throughout Colorado. He is dedicated to providing his clients with honest and reliable real estate information and strives to go above and beyond their expectation which is the obvious way to making YOUR DREAMS come true!